Dr. Littrell founded the Gold Orchestra in 1988-1989 with ten students in grades 3-6. Fifteen other students participated in the Silver Orchestra, a training group for learning orchestral routines and note-reading skills. After only three years from its founding, the Gold Orchestra performed at The Midwest Clinic in Chicago in December 1992, where an audience of over 800 gave them a standing ovation. Many nationally known music educators were in the audience and lavished praise on the students. The Gold and Silver Orchestras celebrated their 25th anniversary in Fall 2013.

In August 2012, the pre-college orchestra program divided into three orchestras with over 80 students: Gold Orchestra, Silver Orchestra, and Bronze Training Orchestra. The Gold and Silver Orchestras go on an annual retreat in October to the Rock Springs 4-H Center for rehearsal and relaxation. This is the most important event of the fall because of the concentrated hard work that takes place and because the orchestras coalesce in spirit, in friendship, and in musical growth. Orchestra members take annual tours of area public and parochial schools.

The Gold Orchestra toured England in 1997, where they participated in the Rotary International Music Festival at Colchester. The orchestra toured Seattle and British Columbia in June 1999 and performed at Carnegie Hall in New York City in 2001 and 2006. They performed at the American String Teachers National Orchestra Festival in Dallas in 2004. The Gold Orchestra was in residence for five nights in May 2008 at the YMCA of the Rockies in Estes Park, Colorado. There they gave three concerts, went hiking, sightseeing and river rafting. 2010 found the GO in New Mexico and the Grand Canyon as well as an invited performance at The Midwest Clinic in Chicago (Only 8 of 23 orchestra applications were accepted.). Memphis and Nashville were the destinations for their performance and sightseeing tour in late May 2012. They toured Oklahoma City and Stillwater in June 2014. 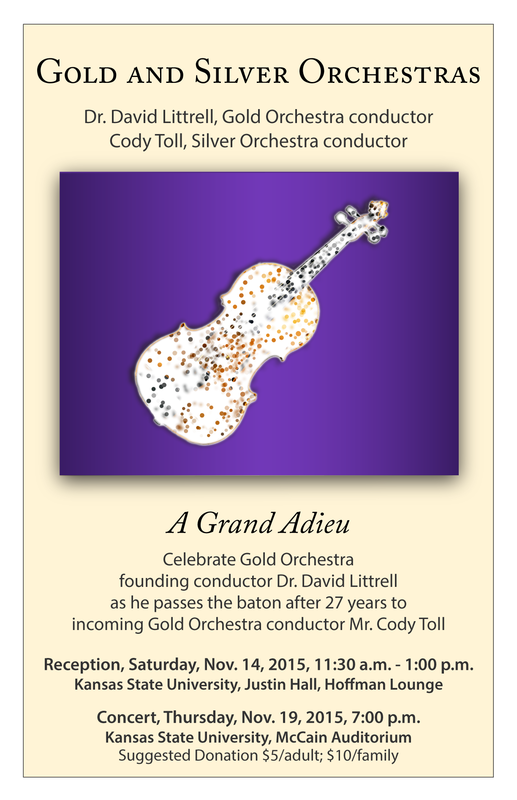 Gold Orchestra September 2010 before performing at The Midwest Clinic in Chicago in December 2010. 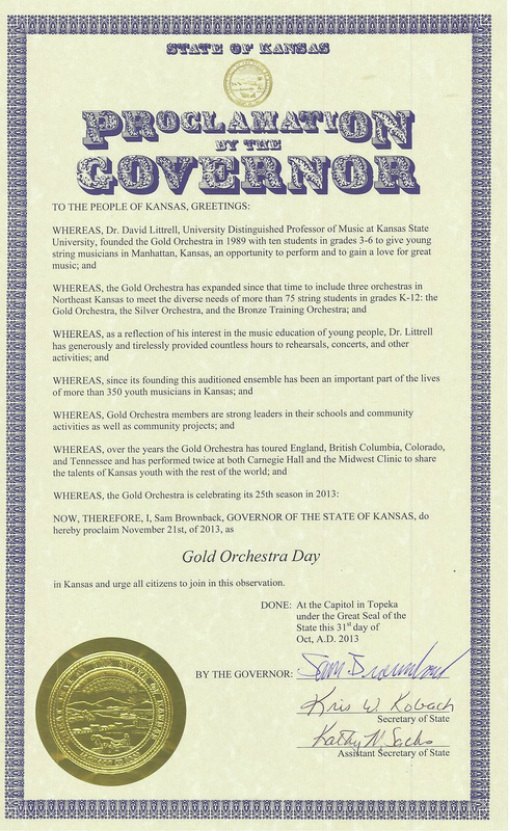